You Have Read it! WhatsApp Adds Blue Ticks

Harmony for some and agony for others, WhatsApp adds blue ticks feature which confirms that you have opened the received message. Jokes apart this can be a useful feature. It would actually tell you when someone has not read your message even when even when double ticks appear on screen. So you now know when to expect a reply and work accordingly.

Blue ticks on WhatsApp appear when you open the message.

Gone are the day of excuses when someone used to say “sorry I had not read your message”. This is all the more relevant as WhatsApp has already taken care of the “last seen” feature. This might be the reason why WhatsApp adds blue ticks feature. Even if someone was last seen, it does not mean that they have read it, so this feature is quite unique & useful.

The three type of ticks:

There are 3 kinds of ticks that you see in WhatsApp:

Single: The message was sent successfully

Double: Message is received by the recipient.

Double Blue: The message is read by the recipient. 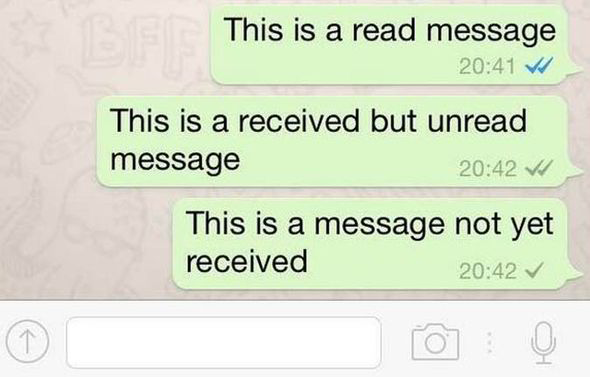 On groups though the blue ticks would only appear when everybody in the group has read your message. This is something that is very unlikely to happen as there always a few who don’t bother to read their group messages on WhatsApp. Nevertheless this feature would come in handy in a lot situations.

Find out the time your message was read!

The best part of the app is that you can even find out when your message was read.  Long press the message and you would come to know exactly when the recipient received the message & when they read it.

Well, let us get this straight. WhatsApp is more for casual conversations. Many have viewed the feature of Blue ticks on WhatsApp as a serious blow to the privacy of the users while some have appreciated the same. WhatsApp surprises with some rib tickling features every now & then. With the calling feature in WhatsApp round the corner, you can expect some more surprises to come your way.