Let us have a look at five of the best android launchers out there:

The Nova Launcher makes it to one of the best android launchers 2016 simply because anyone from a learner to an expert can make use of it. With so many fans touching on the millions the world over, this launcher does take a huge chunk of the cake in as far as best android launchers for tablets are concerned.

This is perhaps the case because it can do anything from simple things to complex things such as utilizing a number of gesture controls. In short, this is one of the most versatile best android launchers for lollipop on the market thus far. What you get with this launcher are things such as folder gestures, home screen gestures, in addition to granular icon controls among others. There is a wealth of features that come with this launcher which is no wonder it does have millions of fans the world over. Even better is the fact that even with all the features it comes with, it is still very easy to use and navigate-a novice will find little or no problems using this launcher!

The Action Launcher makes it to best android launchers for lollipop list simple because it does tend to appeal to many a user. In as far as theming launchers go, the Action Launcher offers users quite a number of interesting aspects from how the wallpaper can be set to how the folder backgrounds will work. 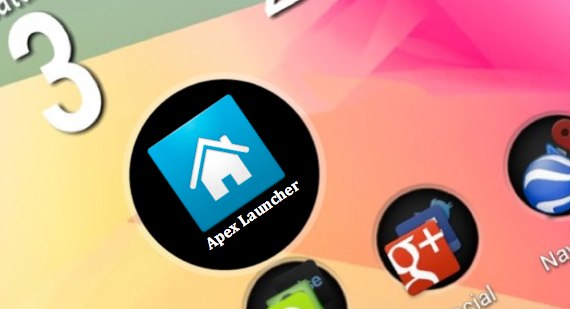 As for features, the Shutters and Covers features are perhaps the top two features that make this launcher one of the Best android launchers for tablets. With the Shutters feature, users are able to swipe up from an icon on their phone’s home screen in case they need to open the widget for a given app. This is a special feature in that you don’t have to worry about having widgets cluttering your screen or dealing with widgets that may clash with your theme. This is because you get the convenience of making use of the widget minus having to deal with it cluttering up your screen.

The Hola Launcher makes it to the best android launchers for tablets list simply because with its small size, it does tend to fit and run even on phones that are low on memory and space. In addition to carrying quite a small size(3.4MB download), the Hola launcher  does also come with a shortcut that is placed right on the home screen, which shortcut can help with clearing up RAM. This means that in case you notice that your phone is running out of space or is getting slow then you don’t have to worry about missing out on having one of the best android launchers 2016. 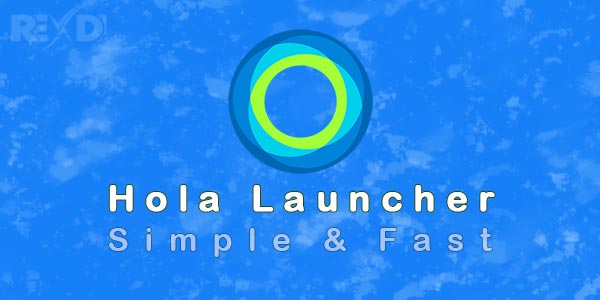 The Hola launcher goes for simple themes with no individually-set icons or custom folder icons. In essence, this launcher is one of the best android launchers for lollipop for those who have minimalistic tendencies. In other words, it is a great beginner launcher for those who are not too familiar with the world of theming in addition to those who have slow or old phones. All you have to do to really enjoy the experience of using the launcher is to ignore the ‘extras’ that tend to get sneaked in.

With the Apex Launcher, you do get a customizable grid on your home screen, which grid can be independently set between Landscape and Portrait. The launcher provides you with means to customize the app drawer in a number of ways such as the list app drawers, continuous or paginated drawers. On the other hand, in case you wish to set your Lollipop or Kit Kat icons then you are able to do so is your theme’s icon pack is something that you wish to keep to the home screen. In addition to being able to customize the app drawer, it is also possible to customize the folder icons as well.

With the Apex Launcher, you are also able to download themes from Google Play and then proceed to play around with them in order to come up with the best font, skin or icons. In the free version, you are presented with quite a number of gesture controls. You are also able to independently backup your Apex settings as well as your Desktop data when you wish to back up your setup in Apex.

In essence, with a more advanced themed engine complete with a bigger amount of granular control, the Apex Launcher should definitely be on your top list of best android launchers 2016 if customizing quite a number of things is what you are looking for in your launcher. Besides having a greater degree of granular control, you are also able to independently backup your launcher settings on your current layout.

The Buzz Launcher makes it to the best android launchers for lollipop list for quite a number of reasons. It is one of the best android launchers 2016 thanks to the fact that it targets those who are comfortable with sampling picking out a theme, adapting a few widgets/icons to suit their needs and calling it a day. It is for those who have little or more time to devote to the hard work that comes with dealing with themes. 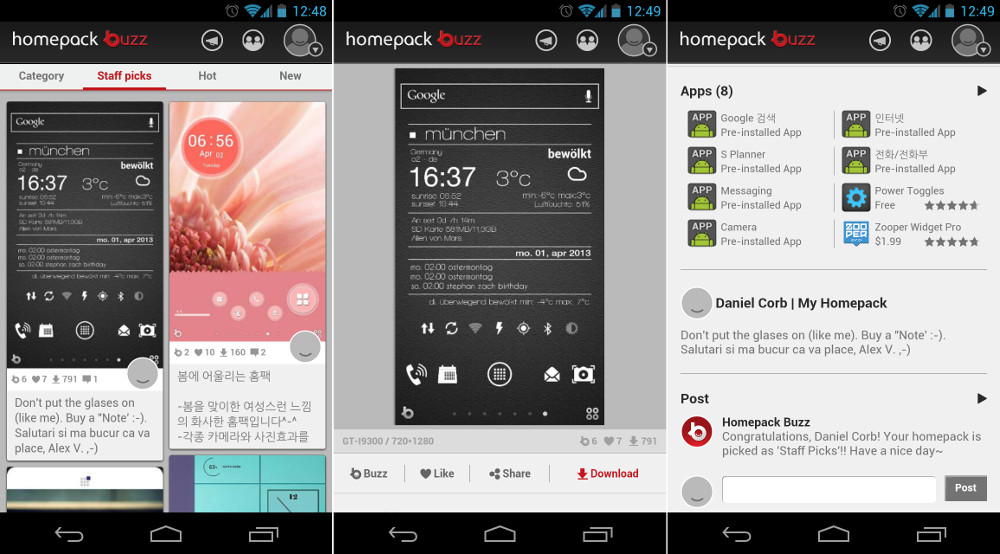 Following the fact that users generally tend to pick from the theme presented in the gallery, with the Buzz launcher, you are not given the opportunity to import the current layout that you may have in another launcher. In addition, unlike most of the other best android launchers for tablets on the market, you are also not able to start completely from scratch.

Unlike most other best android launchers for lollipop on the market; you are presented with a default list of themes from which you are expected to pick the most suitable one. After selecting the most appropriate theme for your screen, you are then presented with the opportunity to alter the layout in addition to configuring the widgets that are utilized in that theme.

In as far as docks and icons are concerned, unlike other best android launchers 2016 on the market; the Buzz Launcher presents users with odd happenings. For example, much as you may have a 12×12 home screen, your dock is only able to hold five apps/shortcuts/folders. There is also a lack of real icon size scaling which means that if you choose to utilize the default dock then you may end up with an odd looking screen. Rather, it is better to simply turn it off and then proceed to set your own dock at the bottom of each page. That being said, it is easy to see why this particular launcher may not be ideal for those who wish to mess about with their themes; rather it is made for those who wish to pick a theme then proceed to adapt a few widgets or icons here and there until their needs are met.

If you have other suggestions to share then feel free to share with us. We will try your suggested launchers and if they qualify for the list of best android launchers 2016 then we will definitely add them.