HTC One A9 Goes Official with iPhone-ish Design

After a poor year HTC has given itself another try in the International market with the official launch of all new HTC One A9. HTC One A9 was in the news for quite some time and today finally company has officially launched it. According to HTC, it is their flagship design but when we compare it with HTC One M9 it looks like mid range smartphone.

For the first time HTC has ditched LCD and this time around they have used 5 inch AMOLED display in HTC One A9. However, the screen resolution is just 1080p and will certainly disappoint people who were anxiously waiting for its launch. The new smartphone comes with 617 snapdragon octacore processor with four  Cortex-A53 cores at 1.5GHz and another four A53 working at 1.2GHz, Adreno 405 GPU and 2GB/3GB RAM depending on the internal storage.

According to HTC, they have followed the design pattern of their HTC One M7 as the antenna stripes are on the back. But if you look closely HTC One A9 looks similar to iPhone 6. It has all metal uni-body with Gorilla Glass 4 protective coat covering the front. 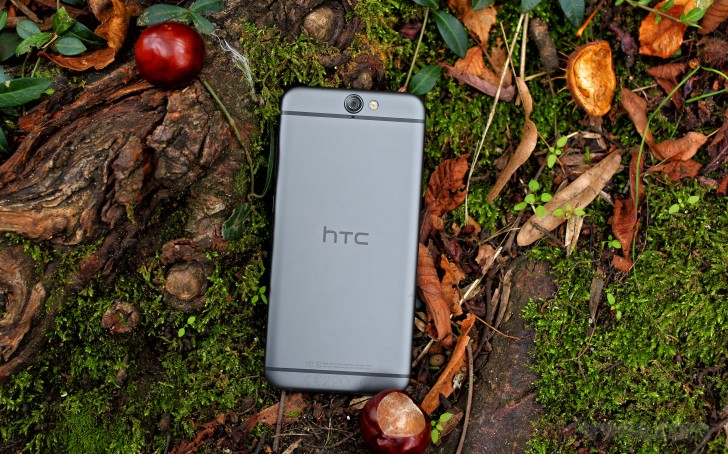 HTC One A9 has physical home button which has finger print sensor. This sensor will not only offer better security to your smartphone but will also help to unlock your smartphone. You can also use the sensor for Google Play store payments which is in fact  a very nifty feature.

Comparing One A9 with HTC One M9, the new smartphone primary has dropped down to 13MP from 20MP. However, it will support the much awaited RAW mode. The front facing camera is 4 ultra pixel which takes pretty good selfies.

The battery is just 2150mAh but it comes with quick charge. However, you need to buy a proper HTC charger to make the most out of this quick charging feature.

Last but not the least, it is the very first smartphone after Nexus to come out of the box with Android 6.0